I attended a course on mothering at the Oneness University. It was truly an eye opener. The guide - a monk - taught me a number of truths about myself.

I realised that the tendency of an adult is to forget her own childhood days while handling her kid. My daughter was about seven years old at that point and I was highly troubled that she was a rebel. I had completely forgotten that I had been one myself as a kid. I was amazed when Akshayamati gently made me recall my tantrums as a child. After that, handling my daughter was almost a breeze.

Puberty hits a kid at twelve or thirteen. That’s when the hormones begin to rage. I have seen a number of students from Standard VIII to X having a tough time concentrating on their studies. This I also gleaned during my experience working at a school. Since then I have wondered at the school curriculum. It’s such a terrible age to sit for a board exam.

That aside, getting to the topic at hand - kissing is probably the most basic thing that a teenager tends to explore. In yonder days, girls were married off at that age or less. My grandma married my grandpa when she was 12. My dad was born when she was less than 15. My mom married my dad when she was 15. My elder sister was born to her when she was 16. These are just cases from my own family. I am sure a lot of Indians have a number of tales to share.

We, as authors, while using 90% of our imagination, tend to base our writing on facts for the balance 10%. Otherwise, our stories would be fairytales. And of course we have heard of the adage, fact is stranger than fiction.

There is a saying in Tamil which goes like this: “When a cat closes its eyes, it tends to believe that the sun has set.” We can’t bury our heads in the sand and believe that teenagers don’t kiss. I would just put it down to wishful thinking.

Getting to my novel Meghna - The kiss happens in the spur of the moment. Rahul is 22 to Meghna’s 16. He’s attracted to her and is emotionally disturbed by her mother’s death and is also moved by her grievance. He’s shifting far away to London. I thought it’s a lovely way to portray their budding feelings for each other. It’s not as if it’s a calculated move on Rahul’s part to seduce his friend’s sister. I sincerely think the lip-lock came about naturally.

I am not here to discuss the right and wrong of this situation. I am just saying that it’s absolutely probable.

The Blurb
The young and dashing Rahul Sinha lives in England with his parents, Shyam and Rajni. He is an only son of the rich banker. Rahul is totally attached to his father but does not care for his mother. Read the book to find out why….
Rahul is exulted with his efforts at work paying off and plans a holiday with his best friend Sanjay Srivastav who lives in Mumbai with his wife Reema, kids Sanya and Rehaan and most importantly, his sister, Meghna. Rahul recalls meeting Meghna just before they parted six years ago.
Meghna works for a website and also teaches modern dance as she loves it. She’s thrown for a toss when Rahul comes visiting. She had thought he had forgotten them.


But how could Rahul do that? Sanjay’s his best friend and Rahul had always treated their home as his own. Sanjay’s mother had been more of a mother to Rahul than his own. Rahul had stayed away after moving to England or so Meghna believes.

Thus begins the story between Rahul and Meghna, the teasing, the flirting, the anger, the tears… …will they find love?

A FRIENDLY WARNING: This book has been written only for the purpose of Entertainment, Entertainment, Entertainment! If you are looking to learn something or improve your lives after reading this work, then this book is not for you. I am not trying to get into competition with the Author Biggies of this world. I wrote this simply for the fun and joy of it. One thing I can promise the reader though: Well proof-read, perfect language that I feel is very important for every book that's written in any tongue. 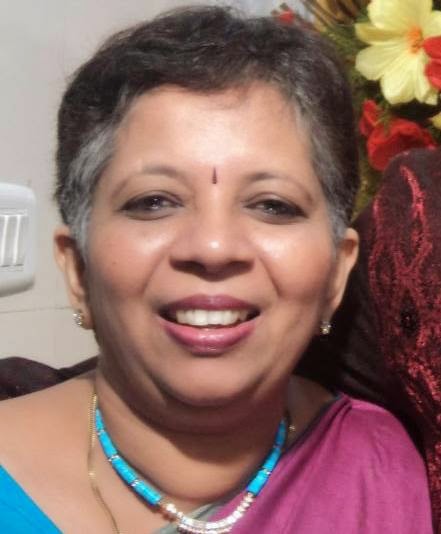 
Even as a kid, she absolutely loved the 'lived happily ever after' syndrome as Sundari grew up reading all the fairy tales she could lay her hands on, Phantom comics, Mandrake comics and the like. It was always about good triumphing over evil and a happy end. Soon, into her teens, she switched her attention from fairy tales to Mills & Boon. While she loved reading both of these, she kept visualising what would have happened if there were similar situations happening in India; to a local hero and heroine.

Her imagination took flight and she always lived in a rosy cocoon of romance over the years. Then came the writing - a true bolt out of the blue! She could never string two sentences together. While her spoken English had always been excellent - thanks to her Grandpa - she could not write to save her life. She was bad at writing essays in both school and college. Later, when it was time to teach her kids, she could manage everything from Science to Mathematics and History & Geography.

When it came to writing compositions, her kids found her of no help at all. All this changed suddenly one fine day in the year 2000. She had just quit her job at a school's office and did not know what to do with her life. She was saturated with simply reading books. That's when she got home one evening after her walk and took some sheets of paper and began writing. It was like watching a movie that was running in her head - all those years of visualising Indian heroes and heroines needed an outlet and had to be put into words. That's how her first novel, The Malhotra Bride, took shape.

While she felt discouraged when publishing did not happen, it was her husband who kept encouraging her not to give up. There was no looking back after that. While publishing took a long time happening, Sundari continued to write novels and then short stories. Her luck turned when Indireads approached her to write for them and Double Jeopardy was born.

Now it’s all about self-publishing her books on Amazon. She has published The Malhotra Bride (2nd Edition) and Meghna so far while planning to publish her fourth book - The Runaway Bridegroom -  in September 2014.

You can stalk her @

Double Jeopardy by Sundari Venkatraman The Blurb S anya doesn’t just have trouble, she has double trouble. Twins Arth and Ansh Sharma, are rich, sexy and sinfully handsome – what’s a girl to do? Sanya last saw the twins when she was ten years old. Now, all grown up, she has come looking for gentle Arth, the twin she has loved ever since she can remember. But instead, she is confronted with fiery Ansh, who is hell-bent on seducing her. And what’s worse, she can’t seem to stop herself from responding to him. As she chases Arth and is chased by Ansh, Sanya finds herself on a crazy roller coaster ride with no way of getting off. How will she deal with these two very different men in her life? Will she be able to convince one twin that she loves the other? Review Disclaimer: I have done this review based on the original version bought from Indireads. The book has undergone some editorial changes after this review. But it no way affects what I feel about th 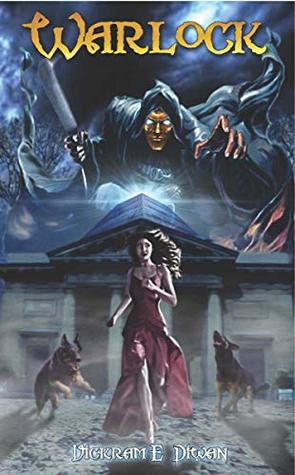 The story began with a lot of promises to take a reader through a roller coaster ride of intrigue and happenings. I was ready to be thrilled and horrified. What I was not read ready for was the weaving of characters that sounded so real that I found this book unputdownable. At least for me. The prologue of the story gave me creeps. I could almost hear Chuckie talking to me. Imagine understanding the thoughts of a two-month-old and not being freaked out by it. The story follows the life of Payal Chatterjee as she gets involved in the scheme of a madman. I loved the way the place has been described with trains and wilderness. I could almost imagine the scene as Payal ran through them as the golden masked man followed her. Goosebumps. Another character that stayed with me was Rudolf. I am not writing the last name since I can’t even pronounce it. The negative shades that were created in most of the characters left an impact throughout the story. Don’t read this book looking fo 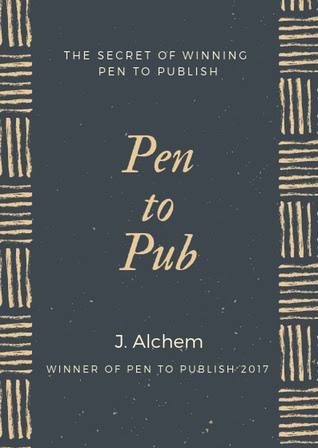 Name of the Book: Pen To Pub Author: J. Alchem Publisher: Self Published  No. of pages: 27 pages Amazon buying link: Amazon.com Star Rating: 4 stars.  With all the Writer's toolkits that are coming out, it was but natural that I will pick up a book based on writing and promoting during the Pentopublish program of Amazon. J Alchem was a winner of the title during the Pentopublish 2017. I was curious to see what the author had to say regarding his winning -  (looking out for juicy details you know :D) which was not an easy thing to pull off amongst the hundreds and thousands that had made an appearance during that time. So when a new author, landed with the title of winner, it made many eyebrows being raised.  Undelivered Letter, which had won the title in that competition was a story of a postman who had not delivered a few letters during his tenure and he regrets it 20 years later. Interesting premise.  Coming to Pen to Pub, the author, as his style is, ha